Years ago, Lance Uppercut created a series of GIFs to show the very discernible pattern of Billy Lovelady's shirt. (if you.re new here, there's a link right over there to his page >>>>>) 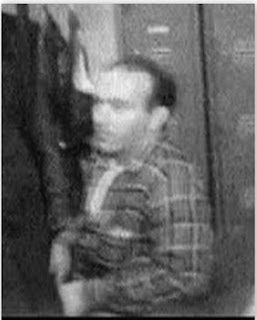 Lovelady's shirt had a series of horizontal and vertical, black and white stripes There was something unique about the stripes as well. The horizontal white stripe alternated as to being either above or below the black stripe. 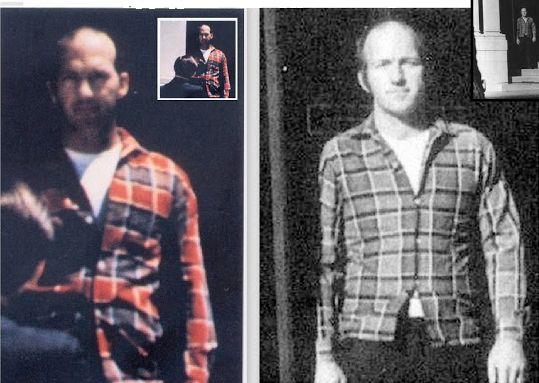 Lance offered the following... He took sections of Lovelady's shirt and placed them side by side on the Altgens 6 photograph to show the alignment of the horizontal stripes.

Lance also produced this where he actually overlaid the sections of shirt to show how well they matched.

Raff* has written blog after blog trying to explain how his advanced training as Chiropractor and starvation Dr. allows him greater insight into how Lovelady's fashion choice was actually Oswald's shirt. That's actually how Raff* convinced Jim Fetzer to turn his warped spotlight on Raff*. Fetzer swallowed Raff*'s bullshit about pseudo-lapels, thicker vs. thinner, it all comes down to the shirt.

Raff* made a video that was on Youtube but it was taken down after it was ridiculed by many. He remade the video. I don't normally directly link to the idiot's stuff but I'll make an exception for this...

It's the lapel folks. Different shirt means a different man. It's settled. Everyone can pack up their laser levels and card tables and reproduced limos and conferences and nonsensical books and go home.

Raff* solved it. Fetzer was waiting for the part where Raff* explained how Da Joooos were involved but got bored and moved on with his Judyth Very Faker project. Then we had Sandy Hook and Raff* was left alone on his soapbox while moths fluttered through the twisted illumination brought on by Fetzer's spotlight.

Hollow footsteps echoed across the stage and the ominous sound of an electrical throw switch left Raff* alone, in the dark. His nemesis Judyth had taken the warmth of illumination and reduced it to a cricket, in heat. Judyth stole his man. (She's a playa...you shoulda read the book).

So Raff* changed  his theyory to one of simple cabeza chicanery. Someone only altered Oswald's head to make him look more like Lovelady.

This is Raff*'s argument in a nut shell. It had to be either Oswald or Lovelady.

Well, um....no Raff*. Lovelady was seen standing in and identified in the photo as standing in that spot, at that moment in time.

Oswald wasn't. By anyone. Ever.