Raff* is having a hard time

Raff* has been burning up Google searching for '63 Ford Galaxie tail lights.

He's having trouble understanding how a car can move backwards without the backup lights on which burn white and doesn't understand why red brake lights don't look red.

At first, Raff* claimed that the rear of the car was the front of the car and thought that the tail lights were headlights. I quickly proved him wrong and even provided a picture of the make of car for comparison. Raff* then completely deleted a post on McAdams forum because he was wrong. Then he started going on a rant about the red brake lights weren't red and there were no backup lights.

First things first. Officer Dhority testified that he went downstairs, unlocked the car and was moving it when Fritz came out to the car and Ruby ran across the back of the car towards Oswald.

The car was parked on the exit ramp...key word "ramp".
The ramp went up to Commerce St. Key word "up". 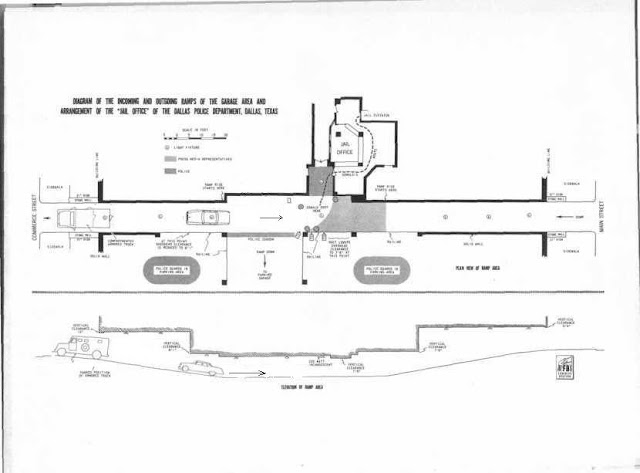 So, for the backup lights not to be on, one of two things happened. Either the backup lights weren't working, or Dhority simply put the car in neutral and let it roll back until he hit the brakes to stop. I don't hear the car running in the video.

Either way, the car backed up and Dhority hit the brakes. You can see the lights come on in Raff*'s vid...

Regardless of the status of the backup lights, I have an answer as to why the brake lights weren't red.

It was black and white film.... 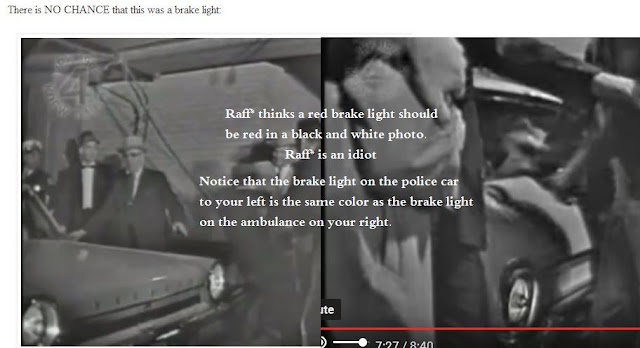