The time has come to delve deeper into the pages of the Oswald's Incompetent Clowns web site.

If you'd like to catch up, you can read the first part of this series here:  Founded In Fetzering

My first entry covered the statements of Gerald McKnight and his claims of evidence proving that Oswald was in front of the Texas School Book Depository, during the shooting of President Kennedy.

Close examination of the evidence used by McKnight showed that his claim was based on fetzering.

I am going to take up where I left off and start with this screen grab of the OIC site...

In the screen grab above, Raff* Sink purposely left out one word. The word "If". Harold Weisberg, before his death, consistently used the word if, to start the sentence above.

For proof, we need to go no further than Raff* Sink's own OIC blog... 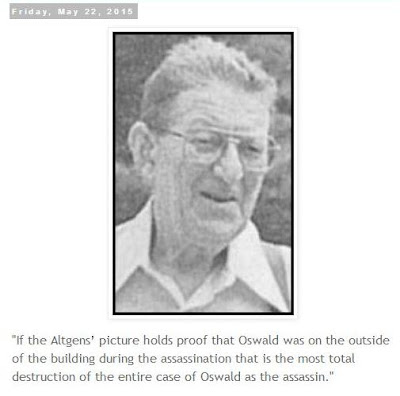 This was Harold Weisberg's position until he died. Trouble is, no one, including Harold Weisberg could ever find any evidence, or witness statements that placed Oswald in the doorway of the TSBD when Kennedy was shot. Weisberg was one of the first people to publicly question the findings of the Warren Commission and rightly so. The Warren Commission was not an investigation into the assassination of Kennedy. It was a government panel set up for the purpose of putting the event to bed.

Harold Weisberg and Raff* Sink have many attributes in common. One of which is they both had/have the ability to have a piece of evidence right in front of them and still get it wrong. If you read the first part of this series, you saw where I went through everything Gerald McKnight used to back up his claim that Oswald was out front when Kennedy was shot. He based his claim on Weisberg's claim and Weisberg's evidence.

In Weisberg's book Picturing the Corruption of the JFK Assassination, he makes the following statement..."It seems from all of the evidence, both of the photographs and the witness statements, that both Oswald and Lovelady were in that doorway but not at the same place in it."

Weisberg morphed from "If" Altgens showed Oswald in the doorway to Lovelady and Oswald were in the doorway. He, like Raff* couldn't admit he was wrong.

Before we go any further, let me say that I respect the efforts of Mr. Weisberg. He spent his life pointing out the inconsistencies, omissions and flat out lies of the Warren Commission and for that he should be commended. Did he get everything right? Sadly, no.

The next quote we see on the clown page is this.... 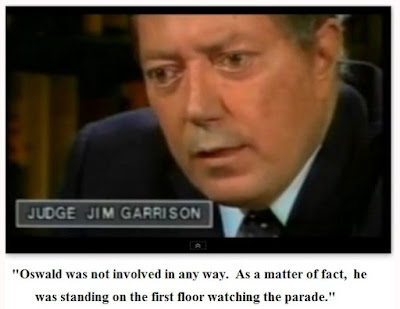 The screen shot and quote above comes from the movie The JFK Assassination: The Jim Garrison Tapes. Right after Garrison makes that statement we see this comparison on the screen.... 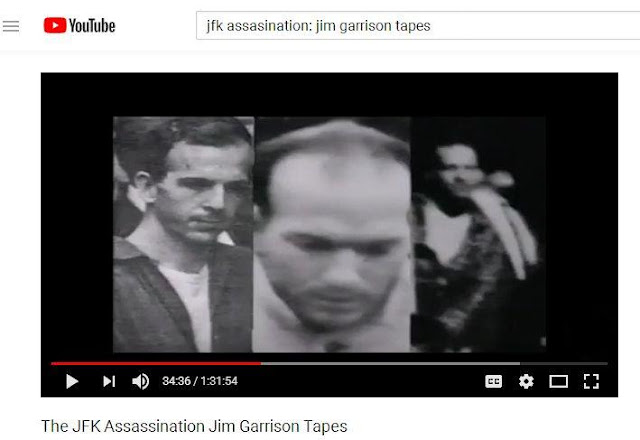 Funny how JFK "theyorists"(theyorist: noun, someone who bases a conspiracy theory on the mysterious, never identified "they") always make a claim and then show something that completely undermines their position. John Barbour put together the film above and inadvertently shot Garrison in the foot by providing a picture of Billy Lovelady that confirms his place in Altgens(far right). Notice the lack of hair in the center of his head versus Oswald's full hair. Notice also the indented right temple above the jutting jaw of Lovelady in the middle photo and how it compares to Lovelady in Altgens. Also notice how Lovelady's shirt in Altgens shows the plaid pattern of the shirt he wore that day.

Unfortunately for Raff*, I'm not the only one that thinks his resurrection of the Lovelady/Oswald meme has any merit.... 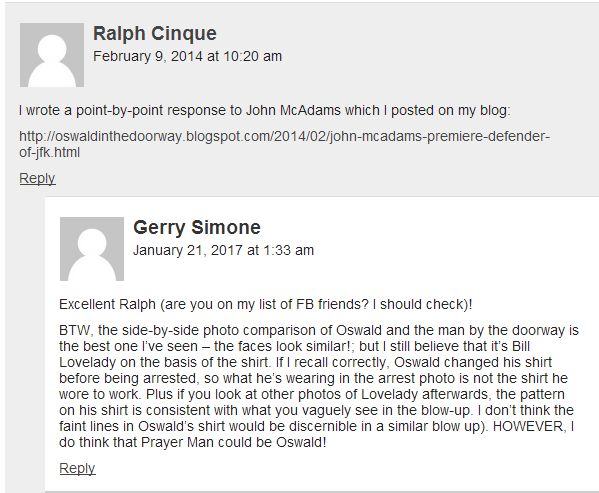 Raff* Sink shot to fame by taking a decades old claim and tried to better those that came before him. We will see over the next few blog posts in this series how Raff* has spiraled to the depths of delusion by adding to his lack of photo interpretation skills, a seriously impaired sense of reality, as he tries to convince the world that Jack Ruby didn't shoot Oswald on live TV.

Next, we get a quote from the late, great Jim Marrs... 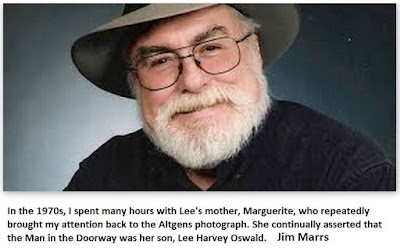 I really like the Jim Marrs quote....so much so that when it was announced that he joined Oswald's Incompetent Clowns, I did a blog post on his fetzering: New OIC Member Jim Marrs, Just as Deceptive as Raff*

What follows the above Jim Marrs shot is a picture of famed paranoid, Penn Jones Jr, with a Raff* Sink quote above his head. Penn Jones was the one that originated the meme that everyone that ever drove through, saw a picture of or even heard about the State of Texas and died was somehow a mysterious death connected to the JFK assassination. Then we get a screen shot of the bat shit craziest of them all, Harrison Livingstone.

Suffice to say, Raff* wants everyone to think that he has strong backing for his claim when in actuality, he just ripped off a curmudgeon, a delusional judge, a man who never saw a conspiracy theory he didn't like, a paranoid with a napoleon complex and a bat shit crazy whack job.

The bottom of the initial page of Raff*'s website contains the photos and bio info for all of the Senior Members.
Included are everyday people who I imagine have no idea they're sharing the page with serious Anti-Semites Jim Fetzer, Don Fox, Larry Rivera, Gary King, Gordon Duff, Dennis Cimino or, they're content with the Jew bashing that goes on by  Chairman Rivera when he gets together with Fox, Fetzer and King to discuss various aspects of the JFK world.

The mission statement of the Incompetent Clowns hinges on Oswald in the Altgens 6 photo. Unfortunately, none of the clowns have been able to disprove that Billy Lovelady is peering out of the doorway, smirking at them.