Let's pick up where we left off...

James H. Fetzer, PhD, is pulling out his trump card. Whenever a film or picture shows something that doesn't go with Fetzer's narrative, he claims that something was altered. He's done it with the Zapruder film, autopsy photos and various other photos taken around Dealey Plaza on the day of the assassination. You will see in a minute how wrong he is.

Now to answer Fetzer's 3 questions...
1. Why would Oswald say he was out front with Shelley if it were not true?...Who the fuck knows. Oswald lied about several things during his questioning. He would say one thing one day and when confronted by Fritz (with additional knowledge) he would change his story.Oswald could have seen Shelley as he was leaving the TSBD and thought Shelley saw him.
2. Why mention Shelley unless Lee thought Shelley would confirm it?.. See answer 1.
3. How could he have known Shelley was out there if Lee hadn't seen him?... Simple. He didn't see him in the building. He could have guessed. He could have assumed that he was outside with most everyone else. But then again,  he could have seen him go outside. He could have walked through the lobby on his way up the front stairs and seen Shelley, who was standing at the back of the front landing, through the full length glass at the doorway. He could have seen Shelley when he left the TSBD.

For someone that claims to be an expert in critical thinking, Fetzer sure shows a lack trying.

But now we get to the nuts and bolts. Fetzer sees that Altgens6 was altered.... 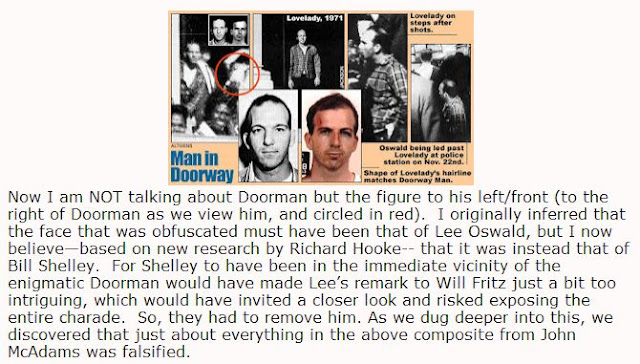 Here's a blow up of the collage...(the collage is not from John McAdams)

Now, up to this point, James H. Fetzer, PhD, has totally ignored Fritz's notes, testimony, reports by the FBI, Secret Service, Fritz's report of the interrogations and statements to the FBI identifying Lovelady as the man in question in the Altgens 6 photograph. Shelley had even made a statement to the FBI saying that he was standing behind Lovelady in the Altgens photo but Fetzer was having none of that.

Here is what he seized on...a person shielding their eyes from the sun. Doing precisely what the person below them on the steps, is doing. 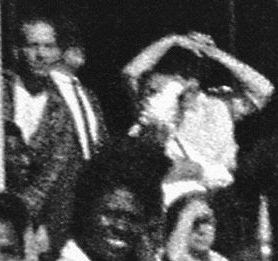 First things first. Oswald's comments about what he was doing and where he was at the time of the shooting was covered in several FBI and Secret Service reports. FBI Agent Bookhout specifically mentions Shelley in his report. 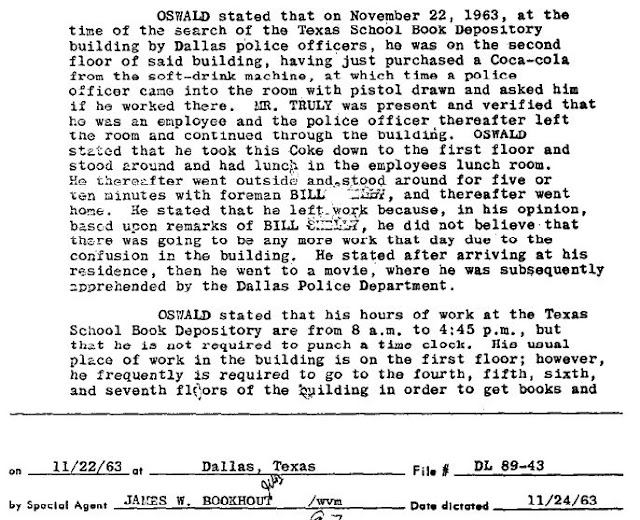 You can see that Fetzer's 35 years of logic, critical thinking and scientific reasoning has been shot to hell.